Do you want to get the best result
of Photogrammetry?

Then you are in big trouble! Before embarking on a long adventure take a sit and look at the helpful guide we made for you!

Topics that are covered:

What Is The Story of Photogrammetry? 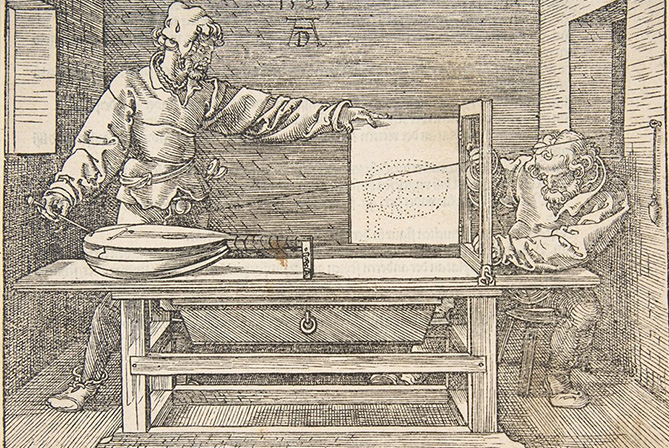 Photogrammetry is one of the technologies which is preferred by most people recently. Basically, it is based on the recording, quantification, and consideration of photographic and electromagnetic radiant images. It must be mentioned that this technology can submit perfect and accurate information about physical objects and the environment. So, how do you think photogrammetry that has such an important function occurs?
In order to understand the occurrence of Photogrammetry, we should look at the occurrence of the photograph first. The photograph appeared in the middle of the 19th Century, this appearance also laid the groundwork for the studying of Photogrammetry. Especially, studies to create topographic maps led to pioneering works in this field.
Thanks to the French Surveyor Dominique F. Arago’s works, first studied in this field were carried out in 1840. Moreover, in 1867, this field was conceptualized. Albrecht Meydenbauer, a Russian architect, wrote ‘Die Photometrographie’ in 1867. In this article, the studies on this field have taken a more scientific point.

The Useage Areas of Photogrammetry

Photogrammetry is a considerable special field in the photograph; it needs to be analyzed intimately by browsing the usage areas. But first, lets look at he types of photogrammetry.
Photogrammetry is a versatile field; the main thing in classification is some basic criteria of Photogrammetry. It can be classified according to its use areas, the shooting locations of pictures, the method of evaluation, and the size of the object so it is possible to procure different results. Therefore, the classification should be evaluated in light of the information mentioned below.

Use of Photogrammetry in Architecture

When looking at the usage areas of photogrammetry, the architectural field is one of the most important and foremost options. Versatile evaluations are made considering the building and working area. Thus, by acquiring visualization, it is easier to achieve flawless projects.
The Photogrammetry which is used to embody the design in architecture leads to successful results. If you want to gain success you should have a look at the benefits of photogrammetry.

Use of Photogrammetry in Art

It is very precious that artists can change something into a very different thing. Using of photogrammetry is also precious in this sense. If you want to reach valuable results with photogrammetry in art, you need to look at the use of this estimable technology. Extraordinary solutions await you thanks to photogrammetry, which will allow you to emphasize the different side of art. With photogrammetry, artists can not only create quality artwork but also they have a chance to evaluate a technique that has not been used before.

Use of Photogrammetry in Archeology

The use of photogrammetry in archeology is special in increasing the value of the archaeological studies even more. Thanks to this technology, it is possible to reach archaeological riches hidden at the bottom of an oceon or hidden in a different area. While solving the mysteries of the world, you can open the doors to new discoveries by using advantaes of photogrammetry.

Use of Photogrammetry in Game Development 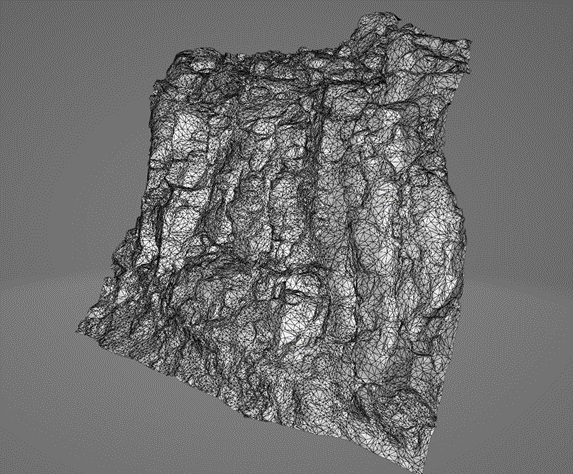 One of the most important issues for people who want to develop games is to create space for it. Since it is very important to create a space for game it takes a long time. Therefore, creating space becomes the most time-consuming problem for a game developer.
If you want to lay the groundwork for flawless works as a game developer the only thing that you need to do is to benefit from the advantages of photogrammetry. It is much more privileged for you to take advantage of its benefits to create better and quality solutions.

Use of Photogrammetry in Curator

Curators are important people who take part in painting exhibitions and museums. For these people, it is momentous to use photogrammetry to transform the visual works they create in museums into a higher quality format. Photogrammetry is a very valuable technology to find excellent solutions for visual matters. Taking advantage of this technology is a crucial step to create successful exhibitions.

What is the most important action to get quality shots and capture pergection in the image?
Undoubtedly, the answer is having a quality camera. For this reason, we recommend you to prefer a properly chosen DSLR camera to be successful in photogrammetry. You should decide what kind of camera you are goint to buy according to your budget.

Do you want to prevent shaking and create better quality solutions while shooting? If you want, do you know what to do?
The key answer is buying quality and durable tripod. And yes, we strongly recommend you to buy a tripod in order to achieve success in photogrammetry.

One of the alternatives that make your job easier when shooting with a camera is a monopod. The monopod, which used especially when shooting with one hand, is an indispensable part of motion shots. So, we highly recommend that definietly take a look at quality-oriented ones when choosing.

Shooting will be jammy thanks to the ball head compatible with your camera! To not be affected by any kind of problems in images your ball head needs to have a 360-degree rotation feature.

You need to know that using drone while shooting will take you to better quality results. If the subject is photogrammetry, perfection will be much more pointedly and meaningful in this context. For this reason, you must supply a drone to develop your equipment quality in your preparations.

Other Required and Important Euqipments for Photogrammetry

With all these equipments, you can be 100% sure that the result will be perfect in you photogrammetry shootings. You should not be forget that any missing piece of equipment will pose a problem for you.

How to Use Photogrammetry Method?

One of the most crucial factors about using the photogrammetry method is to use the right equipment at the right time. At this point, it is a necessity to focus on the elements that come to the fore in equipment preferences. At below, we will be focusing on both the selection of equipment and the details that will make your choice advantageous. If you want to benefit from this advantages, you should definitely take a look at the details below.

The more you use the best lighting options, the better your shots will get. Why? Because everybody who interests in photograph knows that using the right light while shooting will increase your photo's quality 3-4 times more. So it needed to be adjust the light correctly. While shooting outside, all the details that might affect the light negatively should be eliminated. If a studio is to be preferred, the right equipment must be selected for lighting. 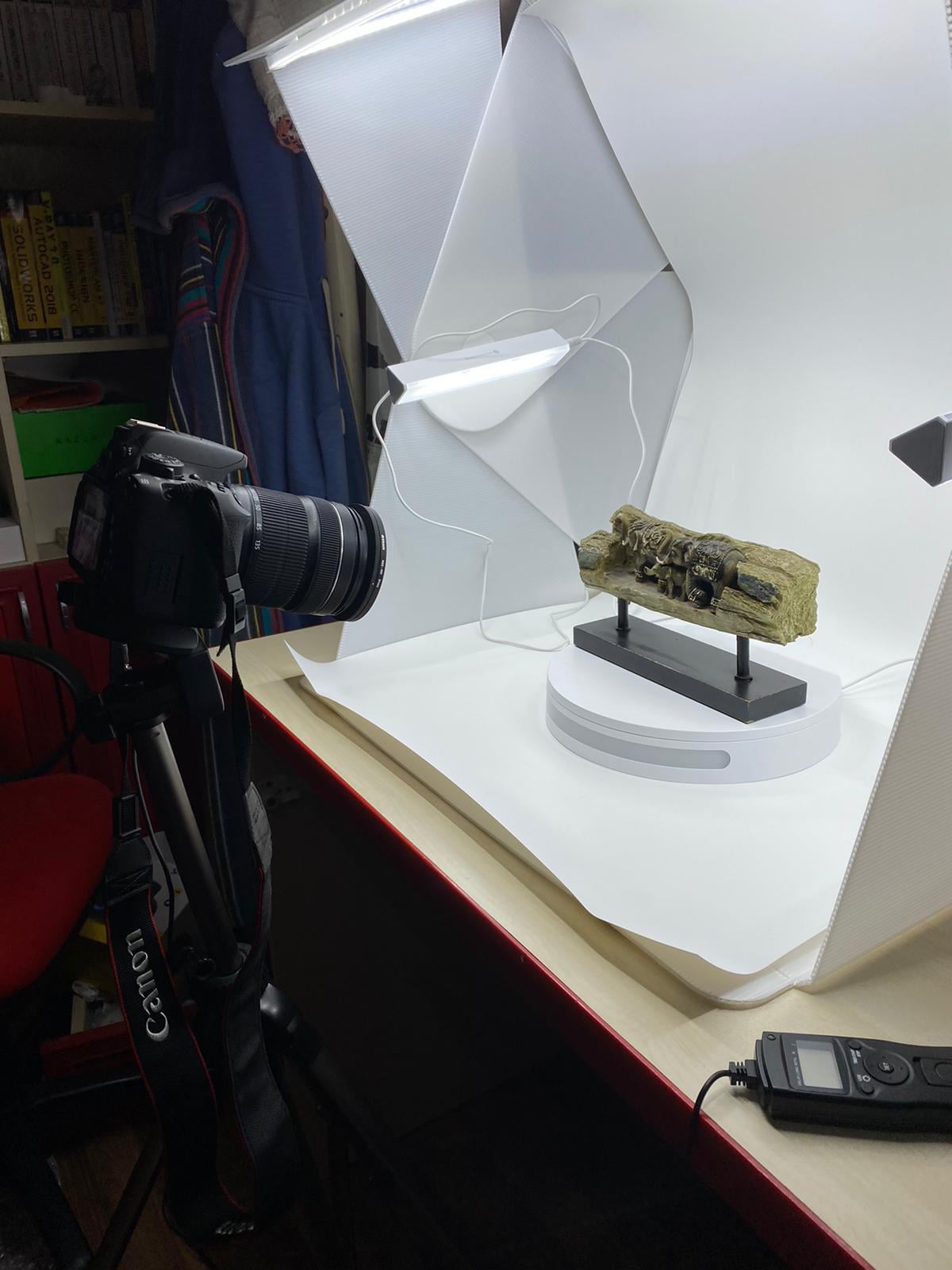 A successful choice of camera will provide you a perfect shot. However, its ISO, lens, and exposure options are some of the important factors that determine how good a camera is. Each of them are important alternatives that will increase the value of a camera and provide more successful solutions in the field of photogrammetry. If you want to get quality and high performance, you must make meticulous choices in terms of camera parameters.

Photogrammetry is one of the preferred options for scanning the area accurately and visualizing it in a quality way. Unfortunately, in this respect, some of the devices and software used for photogrammetry do not show successful performance in scanning. Especially, surfaces being flat and plain affects the performance of scanning. However, as a photographer it is possible to improve your scanninf quality by using shoe polish, sprayable chalk, painter band or spray paint with stone effect.

How To Take Good Pictures? 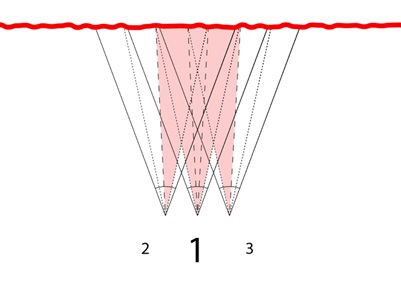 In order to capture a successful photo, firstly you must provide exposure, lightning and other technical details right. However, besides these details, there is a very special subjects that you need to pay attention to which is shooting as many as photos you can. What do you gain if the number of photos is high? Have you ever wondered? So let's answer!
Capturing as many poses as possible in a photo shoot is very valuable for people and photometry. You can capture the perfect pose thanks to the large number of photo shoots, which is also valuable in other photo shooting areas too. It is a risk for you to take just one photo while capturing the perfect moment of the available light, camera setting and precious options as it may be hard to catch it again.
Within the 80% overlap between photos the perfect solutions may occur and at that very moment, to catch it, it has more sense to take many photos. Alongside, the rar printout of the pictures is also valuable in achieving perfection. Lastly, correcting and editing the photos with the help of a program is important in obtaining successful solutions. While doing this, using Col-lgor Checker will lead people to the ideal results.

How To Create a Good Model?

Creating a successful models in photogrammetry is an important issue in terms of opening the door to quality. In this context, it is imperative to implement the steps and perform them in a quality manner. If you want to create a good model, first, you need to choose the right program.
Here, we recommend you to use Reality Capture. The objects created here have a high polygon qualification. Then, these objects is transferred to Zbrush. By editing the topology of the object UV opening process is carried out.
While with Substance Designer baking process is carried out, the LOD system is revealed with 3DS Max, Zbrush, and some other programs. After this process, texture arrangements are done with the subject transferred to Substance Painter to conduct baking proceedings to LODs with highpoly by using Substance Designer. Since other maps are different details on Hightpoly is fixed with normal map for LOD models.
Maps can be line up like: Diffuse, Ambient Occlusion, Glossiness, Specular, Normal and Height.

Level of Detail LOD system is point out the level of details in 3D designs. Within the LOD system, which has different options, each alternative will show the model in different ways. Therefore, the model is likely to come out with a higher quality. The density of the details changes according to the distance between the object and the camera. The greater distance between the camera and the objects, the less detail can be seen. Therefore, when you move your camera away from the object, the polygon rate decrease. The Level of Detail (LOD) concept is very important for system optimization in digital games.

I could not imagine that it would be so much fun to talk about the photogrammetry method. I hope, this article will inspire you. Even though you may need to know a lot of programs, the result will be very worth it. This is my recommendation to use photogrammetry to reach the most realistic model. 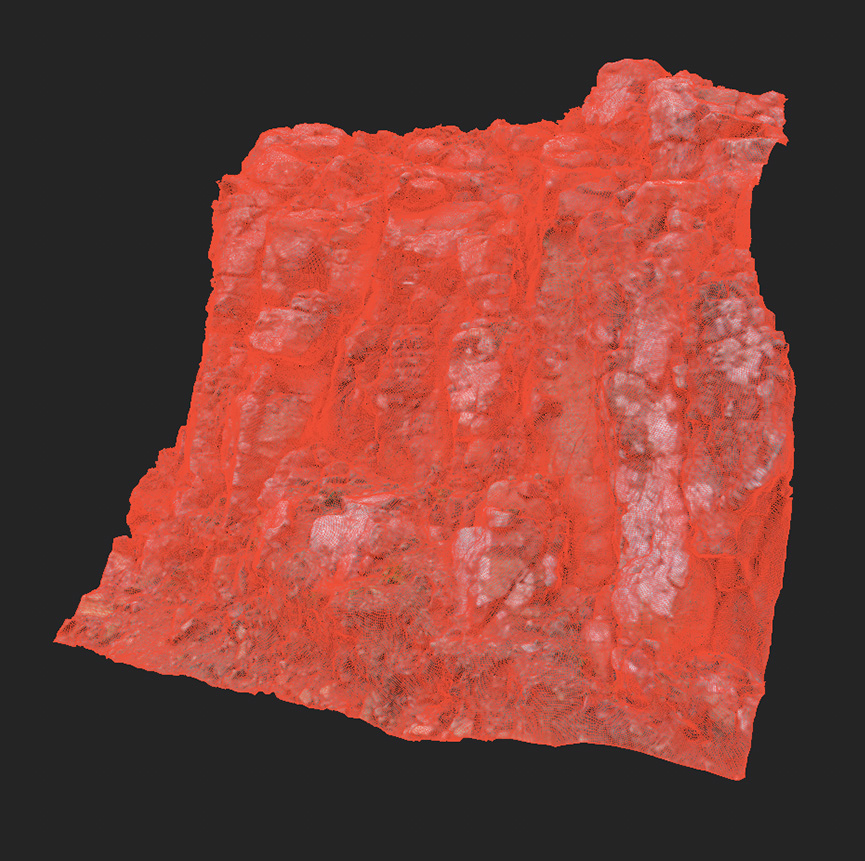 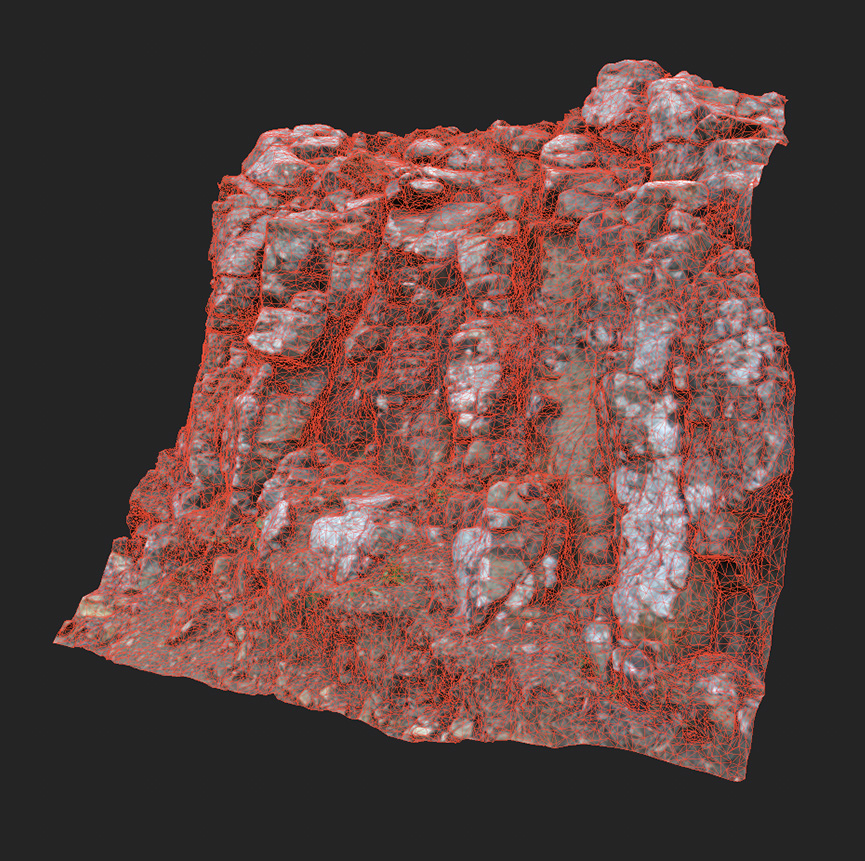 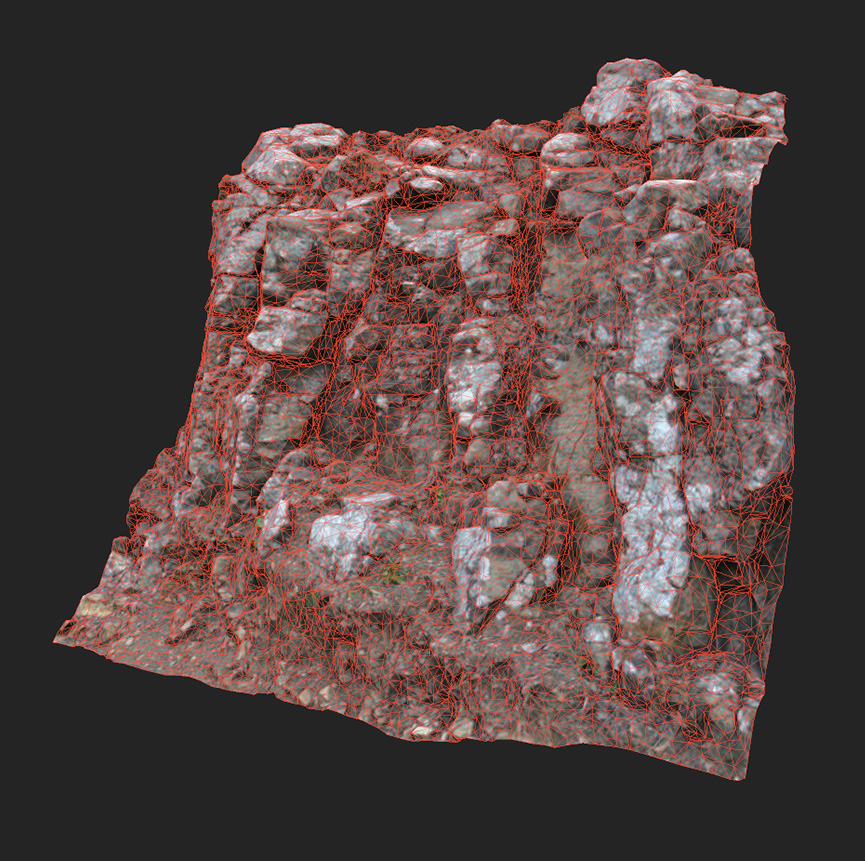 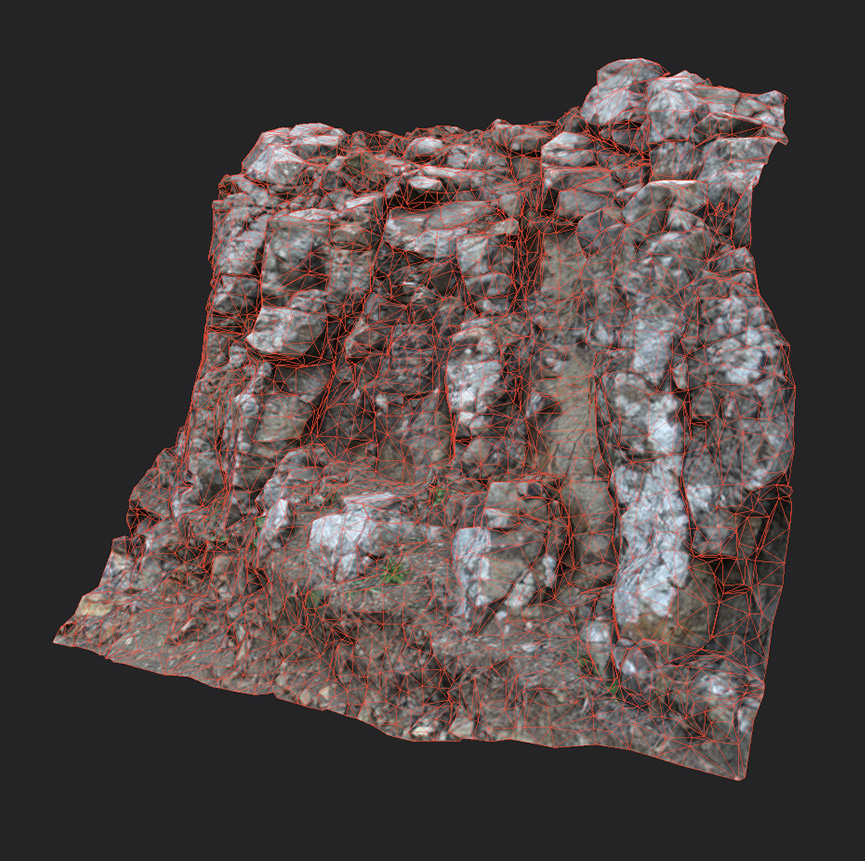 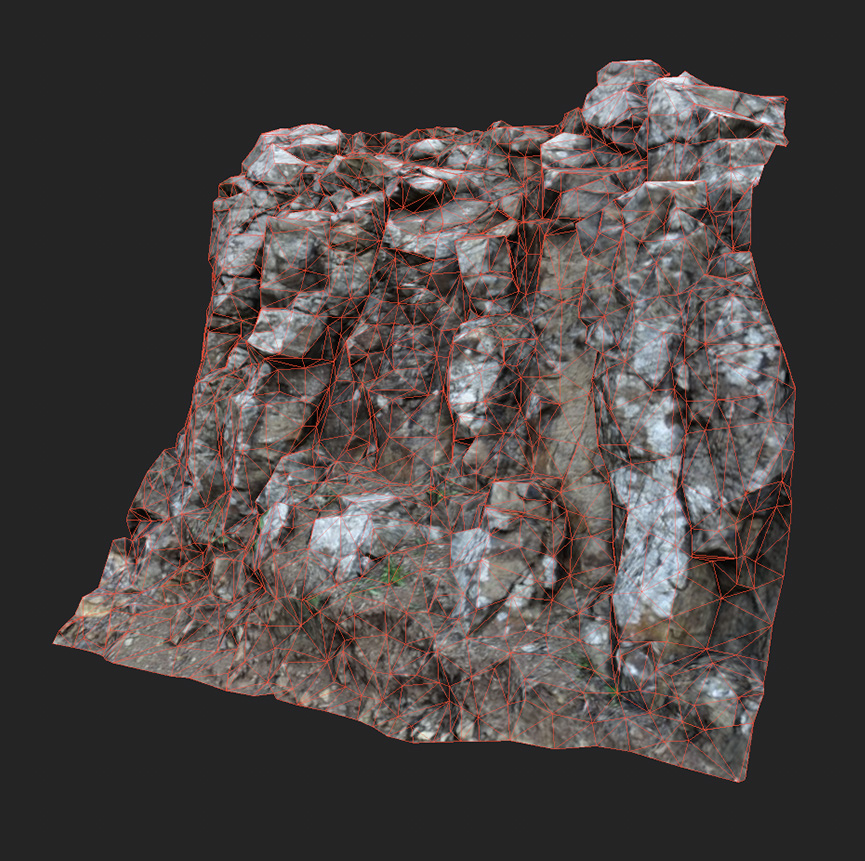 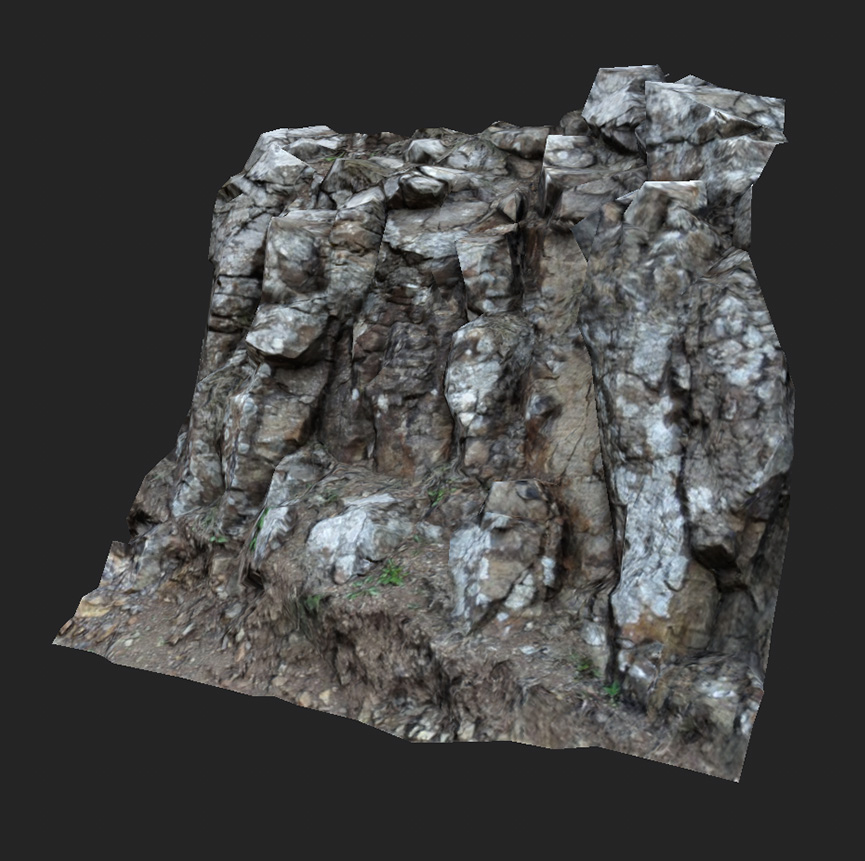